Plant Based to You 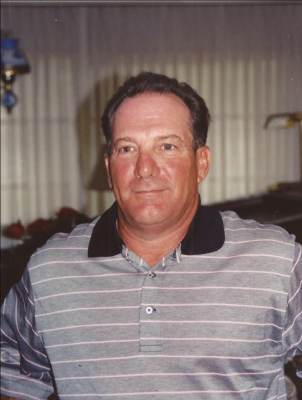 My brother Bob, lost his battle with pancreatic cancer on July 1st, 2014. He was my younger brother, born on June 5th, 1949 to our parents Bernice and Henry J. Stein. They are together now in Heaven.

We moved around when he was younger, leaving Ecorse Michigan (suburb of Detroit) in 1961 when he was still attending St. Francis of Assisi elementary school. My Dad, who worked for National Steel, accepted a position at the metal building division, Stran Steel in Terre Haute Indiana. Bob was enrolled in St. Patrick elementary school and he later attended Paul C. Schulte high school.

My father was again transferred and accepted more of a sales position on the East Coast and they settled in Springfield Pennsylvania where Bob completed his high school education. Bob attended St. Bernard Academy in Cullman Alabama where he graduated with a degree in education.

Bob began a lifelong career as a coach first and teacher second. He began at Pennsylvania School for the Deaf, where he taught and inspired countless young children. He took the football team, when he arrived just a token athletic program, to new heights never anticipated by the children, their families and especially not by the school administration. He campaigned and gained his team's rights to compete in the local area Football League against 'normal' kids and whipped their butts! It was an amazing feat and accomplishment that truly astounded and impressed everyone. Watching kids who were previously discounted, set up at a scrimmage line it TOTAL SILENCE while Bob would 'sign' (using ASL - American Sign Language) calling the plays when needed from the sidelines. NO ONE had a clue what was going on and a totally silent 'snap' always took the opposing team by surprise. He won the local championship one year!

Bob never lost touch with a lot of those kids and they followed his career and escapades wherever he went. Many would drop by and visit and Bob would surprise his local friends as he immediately started signing to his previous students; again, in amazement to all those who witnessed the meeting of old friends.

Bob continued to inspire children with active sports programs wherever he went. After an astonishing 30 year coaching career, Bob completed his coaching assignments at Colleton Preparatory Academy in Walterboro, South Carolina as Athletic Director and head football and baseball coach.

Never one to sit idle, Bob, who loved Walterboro and its citizens started a landscaping business called "Coache's Landscaping". He built the company from the ground up, not just managing it but being out in the field daily, working side by side with those who worked for him. From mowing the grass, landscaping and sprinkler systems, nothing was too daunting for Coach. He made friends from clients and employees alike. He hired local kids for summer jobs providing a way for them to earn some money, get some exercise and fresh air; all the while demonstrating his strong moral and work ethic he was able to build a business that became a model for successful entrepreneurship.

Bob loved to socialize and was a 'scratch' golfer. He almost went on the professional circuit but opted to stick with his first love, coaching! He loved to travel and took every opportunity to visit family and friends.

His service in Walterboro in the chapel of Parker-Rhoden Funeral Home was packed to overflowing with friends and family. Several close friends told some funny stories to help remember the great guy that Bob was and how he will always be remembered as 'Coach'.

My brother Bob, lost his battle with pancreatic cancer on July 1st, 2014. He was my younger brother and died way too young.  My father died several years ago afflicted with prostate cancer but the chemo did him in.  My mother, passed away in 2017, afflicted with arterial sclerosis. It happens to a lot of families and it, not only shouldn’t, but is preventable.  I didn’t know enough when my father was dying but both my brother and mother chose to ignore my pleas to change their diet/lifestyle.  It’s never too late; don’t let it be too late for you!  RIP Bob.

Your Health IS Your Wealth ~ Spend It Wisely